Transmission systems are extremely complex and important mechanisms that help your vehicle go faster, slow down, shift into reverse or even go into neutral. Whether you have an automatic transmission or a manual transmission, you need to take care of it and bring your vehicle in to 12th Street Auto Care Center to have it inspected.

Both manual and automatic transmission systems are made up of similar parts, since they do the same job. The main difference is in a manual vehicle, you have the gear shift to the driver’s right and a clutch pedal to the left of the brake pedal. But here’s a little more on the components that make up these systems.

Automatic transmission systems should be serviced annually. Call 12th Street Auto Care Center for this service appointment. Our technicians will change out the transmission filter, flush the transmission fluid, tell you which fluid is best for your vehicle, and will service your engine’s cooling system while they’re at it.

Your mechanic will also inspect the following components, which make up your system:

The planetary gear set, also known as the epicyclic gear set, produces rotational force sent through the outpost shaft that rotates your car’s wheels. Signs it is failing include: grinding sounds when shifting gears, buzzing sounds or a loud roaring sound.

The transmission fluid pump is pressurized to move throughout the system and provides lubrication to all the moving parts. Signs this is failing include: slipping while shifting gears, noticeable noises, Check Engine light appears on dashboard, difficulty shifting gears, or a burning stench.

The valve body uses the transmission fluid to open and close valves. Signs the valve body is in trouble includes: harsh or delayed gear shifts, shifting without prompting, higher RPMs when shifting up, loud sounds, slipping or the appearance of the Check Engine light.

Your transmission system is run by microprocessors and sensors that send signals according to different components. Signs of a failed system or sensors include: delay in gear shifts, stuck in neutral, gears seem to stick, can’t shift down, engine revs when braking.

The transmission fluid levels need to be maintained for a healthy transmission system. Signs there is something wrong with the fluid include: strange grinding sounds, a burning smell, difficulty shifting gears, slipping or surging forward when shifting gears, the Check Engine light appears, or you’re unable to shift out of Park.

Since the two are so similar, there are only a few extra components to learn about.

The clutch engages and disengages from the engine when shifting from one gear to the next. You step on the clutch with your left foot while your right eases off the brake or gently presses the gas pedal. Signs of a bad clutch include a vibrating, pulsating or chattering clutch pedal, a stiff pedal, growling sounds when shifting gears, noises while in neutral, a racing engine when moving slowly, or slow performance.

The shafts in your manual transmission system are the input, output and layshaft, all of which provide power and torque. If something is wrong with your shafts, you may notice the loss of power or slipping wheels.

Your gears are Drive, Neutral, Reverse, First, Second, Third, Fourth and sometimes Fifth, Sixth, Seventh, etc. Some heavy machinery can go up to 12th gear, but most vehicle stop around Fourth or Sixth. If something is wrong with your gears, you may notice difficulty shifting, a grinding, whirring or thumping sound, or your gears may not shift at all.

You don’t have to be an expert to know that preventive maintenance is the best way to make sure your vehicle is running properly. Use our interactive vehicle tool to learn about the maintenance and services your NAPA AutoCare Center can provide. 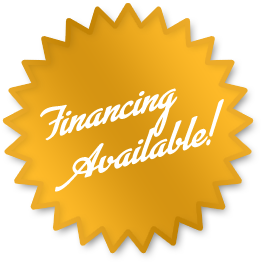